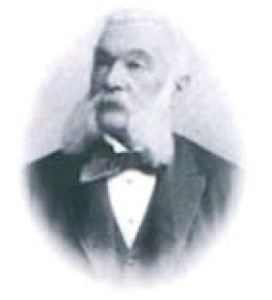 Pellegrino Artusi lived at least three lives. The first was as a country dweller, the only son of a small merchant who had six sisters. He attended primary school and also did a clerkship in Livorno. Following events involving brigands in 1851, the Artusi family moved to Florence where they took over a fabric stall, traded with Romagna, where silkworm were breed, and prospered. From poverty-stricken Romagna to Tuscany, crossing the Apennine passes, Pellegrino Artusi thus began his second life, where Italian was spoken, lunches were grand and a feeling of being truly Italian emerged. Artusi began his third life as a bachelor in an apartment in the new quarters of Florence, at Piazza d’Azeglio 25, where after retiring from business he decided to become more cultured by reading, memorizing, studying, taking notes and writing. His ambition as a man of letters led him to publish, at his own expense, a biography of Ugo Foscolo and a critique of 30 letters written by Giuseppe Giusti. In 1891, at the age of 70 – thanks either to a moment of genius or due to senile folly – he published, again at his own expense, 1,000 copies of his recipe book “Science in the Kitchen and the Art of Eating Well”. Mantegazza wrote positively about it in his “Almanacco Igienico Popolare” and Bemporad, a publisher and friend of him, favoured its distribution. As confirmation of the book’s success, in 1895 a further 1,000 copies were reprinted with 100 recipes added. After 1897 the print run increased and the intervals between each reprint became shorter until 1911, the year of his death, when the fifteenth edition was printed. Each year around 10,000 copies of the book have been reprinted since then. A year before Artusi’s death it was already a classic to rival even the greatest works of Italian literature.